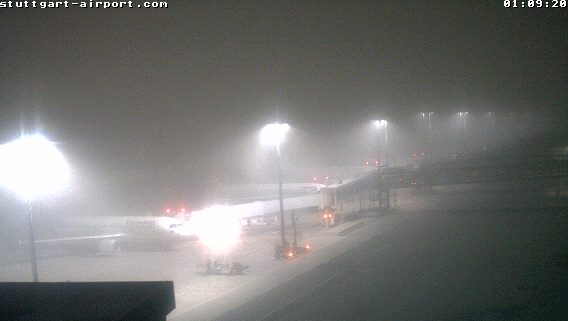 Stuttgart Airport is the international airport of Stuttgart, the capital of the German state of Baden-Württemberg. It is christened in honor of Stuttgart's former mayor, Manfred Rommel, and is the sixth busiest airport in Germany with 11.832.634 passengers having passed through its doors in 2018.
Wikipedia

Stuttgart, capital of southwest Germany’s Baden-Württemberg state, is known as a manufacturing hub. Mercedes-Benz and Porsche have headquarters and museums here. The city is filled with greenspaces, which wrap around its center. Popular parks include the Schlossgarten, Rosensteinpark and Killesbergpark. Wilhelma, one of the largest zoos and botanical gardens in Europe, is just northeast of Rosenstein Castle.
Wikipedia

Germany is a Western European country with a landscape of forests, rivers, mountain ranges and North Sea beaches. It has over 2 millennia of history. Berlin, its capital, is home to art and nightlife scenes, the Brandenburg Gate and many sites relating to WWII. Munich is known for its Oktoberfest and beer halls, including the 16th-century Hofbräuhaus. Frankfurt, with its skyscrapers, houses the European Central Bank.
Wikipedia